Diabetic retinopathy is a medical condition in which damage occurs to the retina due to diabetes mellitus, and it is one of the most common causes of blindness in developed countries. In 2000, the number of people suffering from diabetes was 171 million. It is estimated that by 2030 this number will increase to 366 million, of which 191 million will be affected by diabetic retinopathy.

With diabetic retinopathy (DR), fluctuations in glucose levels result in a number of biochemical and physiological changes leading to the impairment of blood vessels and capillaries that provide nutrients to the retina. As a result of insufficient blood circulation, the retina loses function, and damage occurs (retinopathy).

Diabetic retinopathy ranks among the most common complications in patients with diabetes mellitus.

According to the clinical stages and progression, it is divided into several forms: Advanced changes on the eye fundus may, in a number of cases, lead to more massive bleeding into the vitreous body (vitreous haemorrhagia), to the impairment of intraocular fluid discharge, and the clogging of the eye’s drainage pathways by the newly formed blood vessels. Thereby, the intraocular pressure increases, and secondary glaucoma occurs. All these changes may lead to irreversible damage resulting in the loss of vision.

Several different pathological mechanisms leading to the development of the disease have been described, such as the accumulation of sorbitol and advanced glycation endproducts (AGEs) in the eye tissues, oxidative stress, increased activity of the endothelial growth factor (VEGF), and further mechanisms.

One of the pathological mechanisms of DR development is the accumulation of sorbitol that results from elevated blood sugar levels (under normal condition sorbitol is not present in the body; this is an emergency mechanism, when the blood sugar accumulates). Excess glucose is converted to sorbitol, which is impermeable to cell membranes. Metabolic conversion of sorbitol to fructose is slowed and sorbitol production increases. This accumulates in the tissues and causes an increase in the osmotic pressure that acts negatively on the retinal cells.

Another pathological mechanism is the accumulation of advanced glycation endproducts (AGEs) , which cause a number of pathological changes leading to the impairment of the blood vessels of the retina. A number of studies have also described the involvement of oxidative stress in DR development. It induces an imbalance between free radicals and the cellular antioxidant defense mechanism. Thus, the damage to biological structures (DNA, lipids, and proteins) and the disruption of cell homeostasis occur. Increased oxidative stress arises due to increased blood glucose concentration by its autooxidation (leading to free radical formation), and it plays an important role in the development of retinopathy. As a result of the impairment of the retinal blood vessels, there is a deficient supply of nutrients and oxygen and an increased endothelial growth factor (VEGF) activation leading to neovascularization. 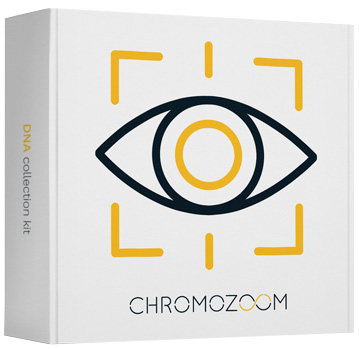