Lactate transport is a very important part of energy metabolism in the muscle cells, particularly with physical exertion where it has a key role in the rapid generation of necessary energy in the loaded cells. Lactate is formed and then used when there is a lack of oxygen in the muscles as a result of intense physical activity.

Insufficient leaching or processing of lactate is accompanied by the accumulation of protons, which acidify the cells (muscle acidosis). This condition can lead to muscle fatigue, and can damage muscle cells.

The anaerobic threshold or lactate inflexion point is the intensity of exercise during which the concentration of lactate or lactic acid in the blood starts to exponentially increase. With exercise at the level of the anaerobic threshold or lower, the body is able to break down all lactate produced by the muscle cells. After it is exceeded, the lactate accumulates in the blood.Regular training leads to skeletal muscle and its internal mechanisms adapting, which prevents an increase in lactate levels.

Previously, muscle soreness after exercise was thought to have been caused by breaking down lactate. However, it has been proven that lactate, by contrast, helps reduce acidic protons in muscle cells, which are produced as a by-product of anaerobic metabolism. Around 30 to 60 minutes after exercise, however, all the lactate that was created has been broken down.

Microscopic tears in the muscles, causing localised inflammation and which take several days to heal, are more likely to be the cause of muscle soreness.


The lactate cycle in the body

The glucose molecules are a basic energy source for cells. They are usually converted to energy as part of cellular aerobic metabolism – a slow process which generates a lot of energy. Skeletal muscles, which need to rapidly generate energy to function, use glucose the anaerobic way (without oxygen). With this process, significantly less energy is created, but the energy is created far more rapidly. The body uses the anaerobic metabolism of glucose everywhere there is an insufficient supply of oxygen.

Anaerobic metabolism in the cell creates lactate through a series of reactions and also therefore releases free protons (radicals) in the cells that help remove the lactate. It is the accumulation of these free radicals that can cause the feeling of burning in the muscles, and their long-term presence creates muscle fatigue and muscle damage. Lactate and free protons move from the cells to the blood, from where they are then transported to further cells. It works like a fuel for their activity (this time for aerobic, more productive metabolism), as the lactate is converted back to glucose in them, and is again leached into the blood and can again be used by active muscle cells.

With this cycle, the body provides effective use of energy sources at a level needed in the individual parts of the body. One of the most important limiting factors in the fragile balance of this system is the lactate transport from one place to the next.

Lactate is produced in the cells of the human body under all conditions. The increased energy consumption and reduced oxygen concentration under physical exertion, however, leads the cell to greater use of more rapid anaerobic metabolism, which generates lactate as a final product. The lactate created in this way is then distributed around the body and can be used as an energy source for oxygenated tissue or as a building block for glucose and other reserve energy sources.

1) Small and highly oxygenated muscle fibres of the Skeletal muscle, which allows the lactate to be processed as one “working” unit;
2) Working muscle fibres and distant muscles, which have lower metabolic activity;
3) Working skeletal muscles and the heart;
4) Tissues generating lactate and tissues generating reserve substances (mainly the liver).


In general, it can be said that lactate can be exchanged between all tissues in the body, including the brain, which has an irreplaceable role in the energy metabolism of the nerve fibres. It is also important in the body for other processes. For example, it has been proven that the heart muscle prefers lactate during physical exertion over other energy sources, including glucose. 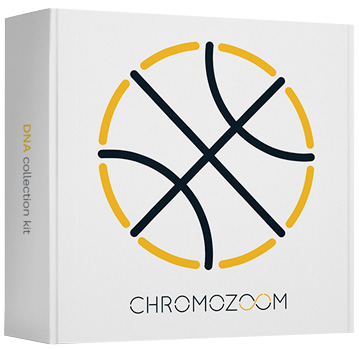